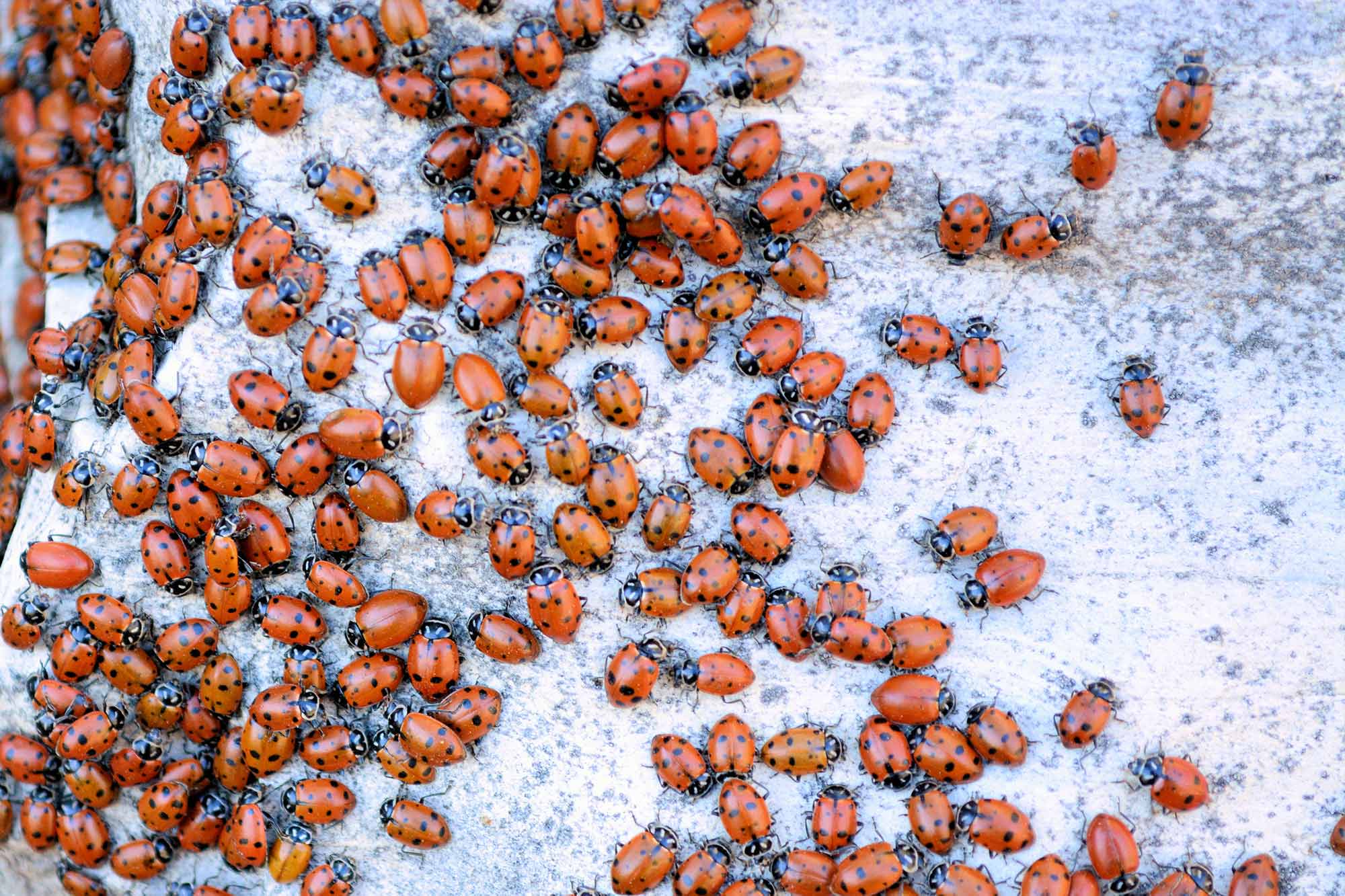 So where did all these ladybirds come from, and why aren’t they red and black?

So I am sitting on the sofa at home one Saturday afternoon. Something happens to catch my outside, and as I glance out of the window I see a huddle of ladybirds on the window, soaking up some winter sun.

In the mass of spots, legs, shells and wings were the ladybirds I knew as a lad growing up; however, entwined with them were invaders – Harlequin Ladybirds.

There are a few types of ladybirds throughout the UK. However, it is the Harlequin variety that causes a concern to residents and businesses.

Originally from Asia the Harlequin Ladybird is becoming widely established in the UK. Experts believe they are the UK’s fastest invading species after colonising most corners of our island in less than 10 years.

They feed on aphids but are also known for their cannibalistic tendencies; preying on our native British Ladybird. They congregate in large numbers on the outsides of buildings, and on garden walls and fences. On mild autumn days these beetles may enter the home bunched in tight groups usually on a south facing window, or near to a radiator.

Harlequin Ladybirds can secrete a powerful smelling liquid when distressed which can stain fabrics, which should be the primary concern for the home or business owner.

If your garden is infested with Ladybirds I would recommend you leave them be, however, Ladybird infestations indoors will need to be controlled by a trained professional. The SCH Better Places team have the technical knowledge and use of specialised products and equipment not available to the general public.

How to get in touch

Residential customers in Solihull can call Solihull Council’s Connect service on 0121 704 8000 to book an appointment, commercial customers can fill out an online form or call 0121 779 8900.